Dan McCready Day of Action – We Need YOU!

We are writing to you with an update on an exciting event! Please join us on Dan McCready Day of Action – Sunday, August 18 – to phone bank and write letters for the NC-09 Congressional Special Election, fast approaching on September 10. We are partnering with Swing Left Greater Boston, and this event will be held as part of Activist Afternoons, taking place from 4-6pm at Workbar (45 Prospect Street in Cambridge, just steps away from the Central T stop).

All elections are important, but this one is particularly critical. On Election Day in 2018, Dan came up short by only 905 votes. However, it was later declared that the Republican victory was due to election fraud— illegally handling absentee ballots. Dan, a Marine Corps vet who served in Iraq and attended Harvard Business School, hasn’t backed down!

If this is your first time phone banking, we’ll show you the ropes! Bring a friend, and bring a laptop, phone/headphones, and chargers. Please pre-register here if you can.

Aaaand, there’s one more announcement! The Dan McCready Day of Action continues immediately after our two hours of activism with a screening of Capturing the Flag, a documentary that tells “an unexpected story about American democracy.” This is part of a series of documentary films on modern voter suppression, election integrity, and the power of citizen action. Follow this link for the Facebook event. Special guests include Aisha Dew, a NC organizer who has experienced voter suppression, and the documentary’s filmmaker! 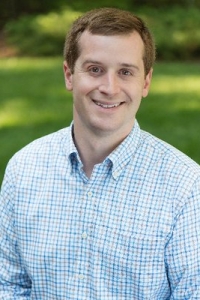 We hope to see you there. Please reach out if there are any questions (steering-committee@indivisiblesomerville.org).